When I was in the Navy (back around the time ships had just switched from oars to sails), I worked on nuclear weapons. Yes, those big gray ships sometimes carry The Bomb. The term "yield" referred there to the explosive power of a weapon. The higher the yield, the greater the blast and resulting destruction. In the college admissions world, however, yield means the percentage of admitted students who actually enroll. Successful "yield years" make the top admissions dogs happy because a good yield year might mean an employment contract extension. Too many bad yield years can mean a career spent on ever-thinning ice.

Speaking of uncomfortable circumstances, how about Waitlist Purgatory? How many of you high school seniors out there are parked on a waitlist or two? My guess is: lots. Why do I call it purgatory? Well, you're not in or out; you're just hanging in limbo waiting to see if your schools can fill all their dorm beds. Face it; the deck is stacked completely in favor of the colleges. You're at the mercy of their management. 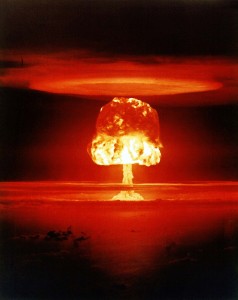 So, what can you do if you're twisting slowly in the waitlist wind, or want to see how many admitted students are enrolling at a college of interest? One way is to follow College Confidential and the New York Times' The Choice blog.

As Sally Rubenstone points out on the College Confidential discussion forum:

Writer Jacques Steinberg (author of The Gatekeepers: Inside the Admissions Process of a Premier College) also highlights acceptance-rate and "yield" data for several colleges and universities, both public and private (with more such data to come in future columns as the stats roll in).

"Yield" is the term admission officials use to describe the percentage of admitted applicants who actually matriculate. When estimating how many candidates to accept each spring in order to end up with the ideal number of freshmen in the fall, enrollment managers have to focus on the anticipated yield, drawing on figures from previous years as well as on their assessments of how other factors (e.g., number of current high school seniors, the economy) might affect past trends.

The number of waitlist offers that a college makes are, of course, closely linked to how good these yield estimates were.

Accordingly, what is Jacques Steinberg saying in his The Choice blog about all this? Here's a peek:

The Early Line on Admission Yields (and Wait-List Offers)

Updated See below for figures from Stanford, the University of Iowa, Colorado College and Connecticut College.

The yield is the percentage of applicants offered admission by a college who have committed to enroll. This week, I've reached out to several dozen colleges, public and private, to ask to see that math, now that nearly two weeks have passed since the May 1 deadline many institutions set for tuition deposits.

Harvard responded that its yield was more than 76 percent, which it said represented a slight increase over last year. Still, Harvard said it expected to admit 65 to 75 students off the waiting list.

Dartmouth, my alma mater, said its yield this spring was 55 percent. That is a 7 percentage point increase over last year — a jump so large that no applicant may be admitted from the waiting list this year, according to Maria Laskaris, the dean of admissions and financial aid. (Last year, 95 came off that list, she said.)

Stanford University reported a yield of 72 percent, a percentage point higher than last year. The university said that 26 applicants might come off the waiting list this spring, about 100 fewer than last year.

The University of Pennsylvania said its yield had held steady, at 63 percent, though Penn said it was too early to know about the waiting list.

As with so many statistics in admissions, applicants and their families — to say nothing of journalists and admissions officers themselves — should take yield figures with a grain of salt. The Wall Street Journal published an article in 2001 about one college admissions office that had put some of its best applicants on the waiting list — because it felt confident they would be accepted by, and attend, more selective colleges. By not accepting those applicants, the college, Franklin & Marshall, served to keep its yield higher.

Many colleges also engage so-called enrollment consultants, who are able to predict, often with uncanny precision, an institution's yield from year to year. And colleges that have binding early-decision programs can guarantee a minimum yield by taking a high percentage of applicants early, mindful that they have committed in advance to attend if admitted.

Still, I am particularly interested in yield rates in the midst of the economic downturn at public and private institutions, as well as those large and small. That yields at Harvard, Dartmouth and Penn did not fall is a function, in part, of the premium that many families continue to place on an elite education, even as they weather layoffs, wage cuts and falling home values.

That said, each of those institutions will increase its undergraduate financial aid budget at least 10 percent this fall, when compared with last, which will attract many families in a bumpy economy.

Other colleges and universities that have responded, so far, to my yield queries are:

The State University of New York at New Paltz (a yield of 21 percent, compared with 20 percent a year ago)

Cornell (a 49 percent yield, up a tenth of a percentage point from last year)

The University of North Carolina at Chapel Hill said its yield was 53.3 percent (compared with 53.9 percent at this time last year). But that figure is likely to rise, at it does not include all responses to the nearly 350 wait-list offers the university made. Applicants have until May 17 to respond.

The University of Iowa (34 percent, an increase of 1 percentage point); no waiting-list acceptances anticipated.

As more universities report in, I'll update this post with the raw data, so please check back.

Finally, to see what some applicants and their parents are reporting, in terms of their own waiting list experiences, click on this link on College Confidential.

As always, don't forget to read the comments on Jacques' blog and the postings on Sally's College Confidential thread. Oh, by the way . . .

Want to become a millionaire? Easy. Just find a way to raise colleges' yield rates 50% or more. They'll beat a path to your door and you may need a nuke to keep them at bay.