I've been spending some time here trying to get across the dangers of student loan debt. I received a news release from the National Association of Consumer Bankruptcy Attorneys (NACBA) that quantifies the frightening reality of this national crisis (and I don't use the word "crisis" casually). Here are a few headline facts to grab your attention:

The NACBA survey of 860 bankruptcy attorneys nationwide found that:

* Most bankruptcy attorneys (95 percent) report that few student loan debtors are seen as having any chance of obtaining a discharge as a result of undue hardship.

* College seniors who graduated with student loans in 2010 owed an average of $25,250, up five percent from the previous year.   Borrowing has grown far more quickly for those in the 35-49 age group, with school debt burden increasing by a staggering 47 percent.

* Students are not alone in borrowing at record rates, so too are their parents.  Loans to parents for the college education of children have jumped 75 percent since the 2005-2006 academic year.  Parents have an average of $34,000 in student loans and that figure rises to about $50,000 over a standard 10-year loan repayment period. An estimated 17 percent of parents whose children graduated in 2010 took out loans, up from 5.6 percent in 1992-1993.

* Of the Class of 2005 borrowers who began repayments the year they graduated, one analysis found 25 percent became delinquent at some point and 15 percent defaulted.  The Chronicle of Education puts the default rate on government loans at 20 percent. 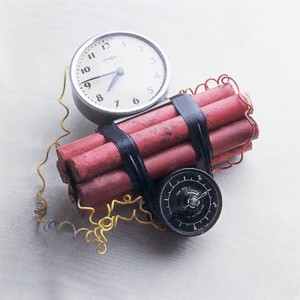 The news release goes on to say:

Dave Ingham, a disabled Vietnam vet who lives outside Minneapolis and co-signed a loan for his son to attend college, said:  “I have been personally and gravely affected by the student loan bankruptcy crisis being discussed today. And I know our family is only one of many thousands across America facing these issues. My wife and I live in a condo and she receives barely over $500 per month in social security.  Our son has to live with us or else he would be homeless. My wife and I and our son are being sued by a collection agency representing Sallie Mae and are scheduled to appear in court on February 13, 2012. My wife and I stand to lose our assets, including our condo.  I realize my son made a mistake by being taken in my predatory lenders but that does not mean his life and ours should be allowed to be ruined by these people.”

William E. Brewer, Jr., president, National Association of Consumer Bankruptcy Attorneys, said:  “Take it from those of us on the frontline of economic distress in America:  This could very well be the next debt bomb for the U.S. economy.  The amount of student borrowing crossed the $100 billion threshold for the first time in 2010 and total outstanding loans  exceeded $1 trillion for the first time last year.   The reason:  Students and workers seeking retraining are borrowing extraordinary amounts of money through federal and private loan programs to help cover the rising cost of college and training.  In many cases, parents responsible for the student loans are in or near retirement years and facing repayment demands.”

John Rao, attorney, National Consumer Law Center and vice president, National Association of Consumer Bankruptcy Attorneys:  “Even in the best of economic times when jobs are plentiful, young people with considerable debt burdens end up delaying life-cycle events such as buying a car, purchasing a home, getting married and having children.  Piling up student loans in middle age is even more troublesome.  And parents who take out loans for children or co-sign loans will find those loans more difficult to pay as they stop working and their incomes decline. This concern is echoed by bankruptcy attorneys from across the country who report that what they are seeing at the ground level feels too much like what they saw before the foreclosure crisis crashed onto the national scene: more  consumers seeking their help with unmanageable student loan debt, and with no relief available.”

*  More than four out of five bankruptcy attorneys (82 percent) see the limited availability of student loan discharge in bankruptcy as “a big problem” barring a fresh start for clients.

* Seven out of 10 bankruptcy attorneys see   the lack of ability to separately classify student loans debts for debtors using chapter 13 as a “big problem.”

During January 2012, the National Association of Consumer Bankruptcy Attorneys (NACBA) invited more than 4500 of its members to participate in an online survey.   With 860 completed responses tallied, the online survey attracted a high percentage (19 percent) of potential respondents. The full survey questions and responses are set out in the survey report at http://www.nacba.org.

Regardless of what your opinion of the legal profession may be, the above facts are sobering, to say the least. Bottom line: Think long and hard before you sign a student loan agreement or, for you parents, before you advise your child to enter into long-term debt for his or her college education.