Our world is frantic. There is very little time for repose and reflection. It seems as though everything is hurtling toward some unknown, undefined goal that requires constant motion and agitation. This situation is especially evident in the young generation of today's high school and college students. 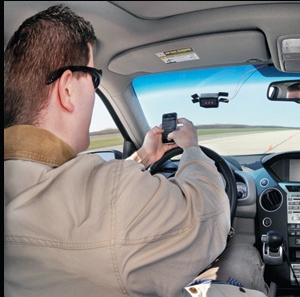 Have you ever noticed that on TV network newscasts, whenever they show a shot of college students walking across campus, at least half the kids are talking on cell phones or looking zombie-like, entranced by their iPods?