Unfortunately, the college rankings mania continues unabated. Every year around this time, feverish high schoolers, parents, and even some college students acquire bragging rights (or not), once the rankings begin to come out.

Of course, the big rankings are those from U.S. News . But there are others, such as Forbes, for example. 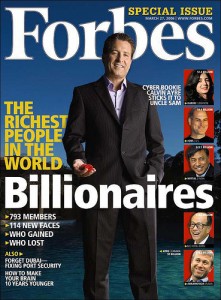 Well, Forbes has reported and there's bad news for the Ivy League. Check these headlines:

As Forbes Sees It, West Point Beats Princeton (and Harvard, Too)

Here are some sample thoughts from the articles:

The Choice does not tend to put much stock in attempts by magazines and others to rank colleges as if they were restaurants or vacuum cleaners.

With that caveat in mind, though, we did note that Forbes Magazine — in its “second annual” college rankings issue — has just awarded its top spot to an institution that doesn’t tend to win such beauty contests: the United States Military Academy at West Point. As Forbes sees things, West Point tops Princeton (No. 2), the California Institute of Technology (No. 3), Williams College (No. 4) and Harvard (No. 5.)

While trying to tear a page from the big-sellng (and much-debated) U.S. News and World Report annual rankings issue, Forbes goes to some lengths to explain why its ratings should be taken more seriously than others.

Here’s how the magazine’s editors, working with the Center for College Affordability and Productivity, a Washington think tank, explained their methodology:

To our way of thinking, a good college is one that meets student needs. While some college rankings are based partly on school reputation as evaluated by college administrators and on the amount of money spent, we focus on things which directly concern incoming students: Will my courses be interesting and rewarding? Will I get a good job after I graduate? Is it likely I will graduate in four years? Will I incur a ton of debt getting my degree?

To answer these questions, the staff at CCAP gathered data from a variety of sources. They based 25 percent of the rankings on 4 million student evaluations of courses and instructors, as recorded on the Web site RateMyProfessors.com. Another 25 percent is based on post-graduate success, equally determined by enrollment-adjusted entries in Who’s Who in America, and by a new metric, the average salaries of graduates reported by Payscale.com. An additional 20 percent is based on the estimated average student debt after four years.

The remaining 30 percent, for those keeping score, involves such factors as graduation rates, as well as students and faculty who have won prizes.

Parents, students and counselors can decide for themselves whether the list Forbes has constructed is helpful in assembling lists of their own.

The U.S. Military Academy in West Point, N.Y., is the top college in Forbes magazine's list of America's best colleges.

The magazine entered the rankings fray last year and focuses on five criteria: graduation rates, number of national and global awards to students and faculty; student satisfaction (from RateMyProfessors.com), average debt upon graduation and postgraduate success, based on average salaries of recent graduates and listings in Who's Who in America.

Here are the schools that rounded out the top 10:

WEST POINT - A new ranking by a national business magazine confirms what the Hoempler family of Suffern has known for years: The finest college in the nation is in the Lower Hudson Valley.

The U.S. Military Academy was the No. 1 overall college in Forbes magazine's second annual ranking, which was released this week.

"I'm not surprised at all," said Armin Hoempler, a father of four sons who have either graduated or are attending the highly selective institution in Orange County. "I knew it all the time."

The magazine noted that the college was ranked sixth last year and edged out Princeton to win the top spot this year.

"According to students, alumni, faculty and higher education experts, the undergraduate experience at West Point and the other service academies is defined by an intense work ethic and a drive to succeed on all fronts," the magazine wrote in an article accompanying the ranking.

U.S. Army Col. Deborah McDonald, director of admissions at West Point, said she was thrilled to learn earlier this week that the school had risen to the top of the ranking.

Many people don't realize that the school offers majors in 45 subjects and ensures that all of its students get a well-rounded education.

WEST POINT - The U.S. Military Academy was ranked America's top college in an annual report released by Forbes on Wednesday.

“Marked by an intense work ethic and drive to succeed on all fronts, the West Point undergraduate experience also allows graduates to leave without a penny of tuition loans to repay,” Forbes stated its release.

The Manhattan-based publishing giant is famous for its lists. The collage rankings were based on five criteria: graduation rate, the number of national and global awards won by students and faculty, students' satisfaction with their instructors, average debt upon graduation, and postgraduate vocational success as measured by a recent graduate's average salary and alumni achievement.

West Point cadets graduate with bachelor's degrees and commissions as second lieutenants in the Army. They owe a minimum of five years active duty service and three years reserve service in lieu of their free education.

Read more on the West Point "Dispatches" blog at recordonline.com/westpoint.

So there you have it.  What do you think about West Point being the best college in America?

Don’t forget to check out all my admissions-related articles and book reviews at College Confidential.