Back in the '70s, there was a hit song called Dust in the Wind, by a group called Kansas. The punchline of the chorus of that song went, "Nothin' lasts forever but the earth and sky." That's an apt sentiment for teenagers' interest in Facebook these days. Hard to believe, isn't it? I thought Facebook would eventually take over the Federal government and we would wind up living our lives subject to being evaluated by those ubiquitous thumbs-up-thumbs-down "Like or Dislike" icons. Well, as Kansas predicted, nothing lasts forever, not even Facebook's popularity.

Why is this a topic for a college information-related blog? Well, the whimsical interests and trends of young people can have an important influence of their lives, in the areas of potential direction and possibly career (better known as "life's work") choices. If one takes a closer look at why teens seem so arbitrary at times, and why their preferences change on a dime sometimes, you can scratch the surface of their cultural/anthropological motivations and influences. That's heavy stuff, but it can be fun.

The background on this issue comes from an article in the Daily Mail, the key contention being, "Facebook has made the startling admission that teenagers are becoming bored with the social networking giant. Facing competition from younger, more agile and 'cooler' apps such as Snapchat and Instagram, Facebook fears its long-term business could be harmed."

I decided to see what the College Confidential (CC) discussion forum parents have noted about their own teens' attitudes about Facebook and posted a query on CC. I was surprised at how mercurial teens' favor is. It's almost like watching a falling autumn leaf in a windstorm. The movements can be sudden and highly unpredictable. 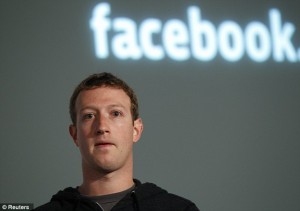 So, let's take a look at a few of the comments from CC and try to get a handle on the thought process of today's young people, as difficult as that is.

I asked, "Parents: Seeing any evidence of this? Are YOU getting tired of Facebook?" Here's some interesting parental (and a teen's or two) feedback:

- My kids quit using Facebook several years ago. Too many parents and grandparents!

- Well I am HS graduate (on a gap year). I am bored with both facebook and twitter!

- my kids claim that twitter is for "old people, rock stars, tv/movie personalities and athletes.." Personally, I never got into FB because it just seemed boring to begin with.

- I think Tumblr has become popular with D and her friends.

- 19 year-old S hates FB, hardly ever uses it for anything other than the chat feature. He's never had a Twitter account and don't think he's planning on starting on. But he does send a MINIMUM of 3000 text messages a month. How is that even possible? that's more than 100 per day.

- I am getting bored with FB. It seems like more and more businesses with status updates and special sales than personal stuff...also a lot of politically charged things appearing now too.

- The minute facebook allowed kids to see who was looking at their page and how many times their page was looked at by each friend was the beginning of the end. Susie doesn't want Jonny to know she is checking him out...

- Reading over this thread confirms my suspition that Facebook going public was a last desperate grab for cash. How could it possibly stay 'cool' when your parents, grandparents, and every business on the planet climbed on board?

- I don't see how Twitter, Instagram, or Snapchat can be replacements for Facebook. Twitter seems to be mostly useful for following celebrities or businesses, and with all the hashtags and @ signs, is really hard to read. Instagram and Snapchat just have pictures.

- Did any of you guys pay attention to the article? The conclusion was based on a focus group of 20 people. This is something you learn in high school stats that is a big no-no.

- High school kids seem to add everyone they have ever met to their friends list. When your news feed includes people you see every day, all day, as well as people you truly don't care if you ever see again, I could imagine it is not very interesting.

The end of the Daily Mail article wraps up their contention like this:

Apps such as Snapchat give power to younger users who do not like the idea of their images existing forever and tagged on Facebook ...

However, this does not mean that teens are leaving Facebook similar in manner to the demise of MySpace.

They are simply using the service less and other newer products more.

And, of course, monetarily, Facebook owns Instagram and is still at the forefront of mobile device apps.

So, what do you think? Are you bored with Facebook? If so, what other social networking apps do you or your teen(s) prefer? Make your comments below.