Contrary to what Captain Kirk says at the beginning of every Star Trek episode, space is not the final frontier. Privacy is. Why? Social media.

The big offender in this arena is Facebook, of course. I call Facebook The Home of Dirty Laundry. I do that with good reason. Facebook seems to satisfy people's desire to reveal far more about themselves than they would in person, among a group of friends or even strangers. The element of increased freedom, I think, comes from a false sense of security about the Internet, which is a big mistake in my view. It's bad enough that Homeland Security's Big Brother is scanning our email for provocative, "terror-related" keywords. Why, then, would anyone think that posting compromising pictures of themselves or malicious rants on their Facebook pages would be any less damaging to an inquiring, judgmental eye?

So why my rant today about online "appropriateness"? Well, it has to do with college admissions and what some college admissions officials are looking into regarding their applicants. I've touched on this topic before, but things have gotten "worse" for today's applicants. Why is that and how much worse have things become? 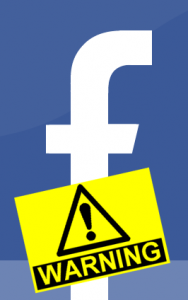 Here's a disturbing headline: "Kaplan Test Prep Survey Finds That College Admissions Officers' Discovery of Online Materials Damaging to Applicants Nearly Triples in a Year." That should be telling you something. It should be alerting you to the importance of the content on your Facebook pages. Let's take a look at what Kaplan's survey revealed. It may help you avoid some conflicts during your college admissions process.

Kaplan issued their survey findings in a general news release and, with Kaplan's permission, I'll quote portions of it here:

Over a Quarter of College Admissions Officers Today Include Google or Facebook in Applicant Evaluations; 35% Report Discovering Information that Negatively Impacted Prospective Students’ Admissions Chances - Up from 12% Last Year

Results from Kaplan Test Prep’s 2012 survey of college admissions officers* show that schools are increasingly discovering information on Facebook and Google that negatively impact applicants’ acceptance chances.  While the percentage of admissions officers who took to Google (27%) and checked Facebook (26%) as part of the applicant review process increased slightly (20% for Google and 26% for Facebook in 2011) from last year, the percentage that said they discovered something that negatively impacted an applicant’s chances of getting into the school nearly tripled – from 12% last year to 35% this year.  Offenses cited included essay plagiarism, vulgarities in blogs, alcohol consumption in photos, things that made them “wonder,” and “illegal activities.”  In 2008, when Kaplan began tracking this trend, only one in 10 admissions officers reported checking applicants’ social networking pages.

“Social media used to basically mean Facebook.  But the underlying trend we see is the increase in use of Google, which taps into a social media landscape that’s proliferated to include Twitter, YouTube, Pinterest, Instagram, blogging and other platforms -- and teens today are using all of these channels,” said Jeff Olson, Vice President of Data Science, Kaplan Test Prep. “Additionally, we’re seeing a growing cultural ubiquity in social media use, plus a generation that’s grown up with a very fluid sense of privacy norms.  In the face of all these trends, the rise in discovery of digital dirty laundry is inevitable.”

Olson noted, “With regard to college admissions, the traditional application -- the essays, the letters of recommendation -- represent the polished version of an applicant, while often what’s found online is a rawer version of that applicant.  Schools are philosophically divided on whether an applicant’s digital trail is fair game, and the majority of admissions officers do not look beyond the submitted application, but our advice to students is to think first, Tweet later.”

Kaplan’s survey also found that only 15% of colleges currently have rules regarding the checking of applicants’ Facebook or social networking pages – a percentage that has remained fairly consistent over the past few years.  Of schools that do have a policy, 69% said the policy prohibited admissions officers from visiting applicants’ pages – still leaving the vast majority of admissions officers with the flexibility to act at their own discretion . . .

. . . Kaplan will be releasing more results from its survey in the coming weeks.

* For the 2012 survey, 350 admissions officers from the nation’s top 500 colleges and universities – as compiled from U.S. News & World Report  and Barron’s – were polled by telephone between July and September 2012.

So, go back and take a critical look at your Facebook (and even other social media) pages. What do you see? More importantly, what do you think a college admissions officer would see? Be honest. The college application you save may be your own.