What do really expect to get from a college education? In dealing with many high school seniors going through the college admissions process, I have found that many of them have unrealistic expectations. By that, I mean that they have this idealized vision of how wonderful life is going to be once they get that "sheepskin" (is that still a PC term?).

You may have seen that Seinfeld episode entitled (the same as Robert Heinlein's famous sci-fi novel) When Worlds Collide. The episode highlights George Costanza's two worlds, social and romantic, colliding in a major conflict of lifestyle. Similarly, high school seniors' "world" vision of post-college happiness can collide with the coldness of the so-called Real World.

The purpose of this opinion piece is to comment upon the current realities for recent college graduates. It's not a pretty picture in many cases and my hope is that if you're a high school senior who has been accepted into a "dream" or other desirable college or university (or a parent of such a senior), you will pause to give thought to what your higher education goals and hopes really are. Idealism can be a good thing, but it can cause disappointment. 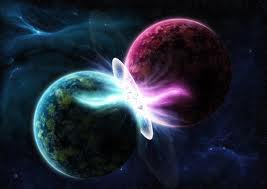 One of the most sobering articles I've seen in a while appeared on CNBC.com. Its headline, 1 in 2 new graduates are jobless or underemployed offers a clue as to today's real world. In keeping with my challenge for you to examine your college expectations, I offer some highlights from that article in hopes that you'll read the entire text. I'll also quote a few comments from parents and students from the College Confidential discussion forum, who have reacted to the article.

1 in 2 new graduates are jobless or underemployed

The college class of 2012 is in for a rude welcome to the world of work.

A weak labor market already has left half of young college graduates either jobless or underemployed in positions that don't fully use their skills and knowledge.

Young adults with bachelor's degrees are increasingly scraping by in lower-wage jobs — waiter or waitress, bartender, retail clerk or receptionist, for example — and that's confounding their hopes a degree would pay off despite higher tuition and mounting student loans.

An analysis of government data conducted for The Associated Press lays bare the highly uneven prospects for holders of bachelor's degrees.

While there's strong demand in science, education and health fields, arts and humanities flounder. Median wages for those with bachelor's degrees are down from 2000, hit by technological changes that are eliminating midlevel jobs such as bank tellers. Most future job openings are projected to be in lower-skilled positions such as home health aides, who can provide personalized attention as the U.S. population ages. ...

... "I don't even know what I'm looking for," says Michael Bledsoe, who described months of fruitless job searches as he served customers at a Seattle coffeehouse. The 23-year-old graduated in 2010 with a creative writing degree.

Initially hopeful that his college education would create opportunities, Bledsoe languished for three months before finally taking a job as a barista, a position he has held for the last two years. In the beginning he sent three or four resumes day. But, Bledsoe said, employers questioned his lack of experience or the practical worth of his major. Now he sends a resume once every two weeks or so.

Bledsoe, currently making just above minimum wage, says he got financial help from his parents to help pay off student loans. He is now mulling whether to go to graduate school, seeing few other options to advance his career. "There is not much out there, it seems," he said.

His situation highlights a widening but little-discussed labor problem. Perhaps more than ever, the choices that young adults make earlier in life — level of schooling, academic field and training, where to attend college, how to pay for it — are having long-lasting financial impact. ...

... College graduates who majored in zoology, anthropology, philosophy, art history and humanities were among the least likely to find jobs appropriate to their education level; those with nursing, teaching, accounting or computer science degrees were among the most likely. ...

... In addition, U.S. workers increasingly may need to consider their position in a global economy, where they must compete with educated foreign-born residents for jobs. Longer-term government projections also may fail to consider "degree inflation," a growing ubiquity of bachelor's degrees that could make them more commonplace in lower-wage jobs but inadequate for higher-wage ones.

That future may be now for Kelman Edwards Jr., 24, of Murfreesboro, Tenn., who is waiting to see the returns on his college education.

After earning a biology degree last May, the only job he could find was as a construction worker for five months before he quit to focus on finding a job in his academic field. He applied for positions in laboratories but was told they were looking for people with specialized certifications.

"I thought that me having a biology degree was a gold ticket for me getting into places, but every other job wants you to have previous history in the field," he said. Edwards, who has about $5,500 in student debt, recently met with a career counselor at Middle Tennessee State University. The counselor's main advice: Pursue further education.

"Everyone is always telling you, 'Go to college,'" Edwards said. "But when you graduate, it's kind of an empty cliff."

- I'm a college senior, and I can tell you that honestly some students just don't try hard enough. I go to school in a town that doesn't have much of a job market right now, yet too many people I know expect there to magically be jobs for them here after graduation. You have to be willing to do whatever it takes and usually people aren't. I know seniors who haven't done any internships, they don't know how to network- they don't even know how to look for jobs! Our professors have taught us these skills, but somehow a lot of people I know are still completely clueless.

In my opinion having any kind of job is better than being unemployed. A lot of students are afraid to take entry-level jobs because they consider those jobs below them or the pay is too low. But that's why they're called entry-level jobs. You won't be stuck there forever.

For some reason a lot of students seem to think that once they graduate everything they ever dreamed of happening will happen all at once. It takes time to find a job, and it takes time to get experience and build a career. A lot of students feel entitled to great jobs where they'll have their own office and a $50,000 income. They'll be living in the city of their dreams and all of their student debt will magically go away. They feel entitled to these jobs, but they aren't doing the work it takes to actually find these jobs.

I'm not trying to blindly accuse an entire generation of this- this is just what I've observed while in school.

- Networking doesn't just mean running into the CEO of Merck at the country club. It means talking to your professors about your job search; talking to the TA's and other grad students you may know in your department; doubling back on each and every interview that a kid may have had, sending a nice thank you email and saying, "I'm sorry things didn't work out for the internship this summer, but if you hear of anything for which I may be qualified I'd love to hear back from you", and making sure that you ask HR or the people in recruiting who facilitated the interviews for feedback.

You don't need connections to network. My parents were teachers- believe me, they were worse than useless when it came to finding a corporate job; they thought corporations were evil and only Republicans worked for them. (it was the 1970's, what do you want!)

The attitude that "oh well, everyone who gets jobs has connections" is not only factually incorrect, it really diminishes the point of networking.

Your dentist has a patient who can hire people. Your church/synagogue/mosque has a member who can hire people. Your friends who are in middle management don't need to have "pull" or be the person who can hire in order to be helpful- it's enough for them to be able to look in the company directory and actually send your D the real email address of the person in recruiting who hires, instead of the anonymous "Recruiting@corporation.com" which is the big mail drop. The company directory is online- it will take them 30 seconds to identify 5 people in the recruiting department and forward their emails to your D.

Your D will be able to find a fine job when she graduates even without an internship- but learning how to look for a job is a skill that many college graduates don't have, so even the frustrating parts of the process are valuable.

Finally- your D is young enough that a job is probably more valuable to her than an internship right now. Folding towels at Bed Bath or making change at the local movie theater is just as valuable as anything she could be doing in an office, and is a great way to demonstrate her work ethic.

- Any boomer who seriously thinks they dealt with major economic hardship in the 70s or 80s is simply not looking at statistics. This is the greatest economic crisis since the great depression, but this time around we don't have an abundance of social services or a major war to get us out of the hole (not that I'm for that!).

I urge anyone who criticizes millennials for complaining about the economy to first examine unemployment statistics, minimum wage, and the average cost of living in the US (and particularly in cities). Then compare that to the same statistics from when you were 20-25. In 1978, when my own mother was 22, minimum wage was $2.65, equivalent to $9.32 today. Federal minimum wage in 2012? $7.25. But what's even stranger is that many professional jobs requiring bachelor's or even master's degrees only pay $10/hour. That is absolutely absurd, especially as the cost of living has risen exorbitantly.

I'm not sure why anyone wants to sit around yelling "lazy" at kids these days. We are some of the hardest working people the US has ever seen, and we have clearly been hit with a major crisis. I'm not sitting around blaming the boomers really. I work hard and am struggling to do my best to get by. So why do you want to lay blame on us?

The bottom line: Adjust your thinking and expectations for you college education. Don't allow your worlds of idealism and reality to collide.