College: The Way We Were

This, being the first day of 2013, inspires both a forward look and a glance in our rearview mirrors. I'm feeling a bit nostalgic today, having just watched (for the 84th time, it seems) the classic 1973 college-flavored love story, The Way We Were, with Robert Redford and Barbra Streisand. I always enjoy those scenes that show the main characters doing their thing at some unnamed Eastern university back in the early Forties, just before WWII.

One thought that dominates my thinking when I see these vintage collegiate scenes is how much simpler (relatively) things seemed on campus back then. This, in turn, leads me to think about all the changes--for better and worse--that have happened over the decades concerning college. Of course, the one change that has no doubt had the most impact on students and families is the cost of higher education. In thinking about this, I recalled an article that I wrote for College Confidential years back. It was a book review of an old paperback I purchased when I was a high school freshman. (Okay, go ahead and laugh. Yes, that was 50+ years ago. Now you can do the math and figure out how old your friendly blogger here is.)

I found the book while rummaging through some old boxes in my garage. You know, those are the boxes that follow you from move to move, the ones you promise to open and sort through but never do. Anyway, the title of the book is How to Be Accepted by the College of Your Choice by Benjamin Fine. Obviously, during that time five decades ago, I was thinking about how to be accepted by the college of my choice, so I snapped up this little tome and searched for pearls of wisdom. That was back in the days when an eye pad was something you wore to comfort a sore eye. (Go ahead; you're allowed to groan.) 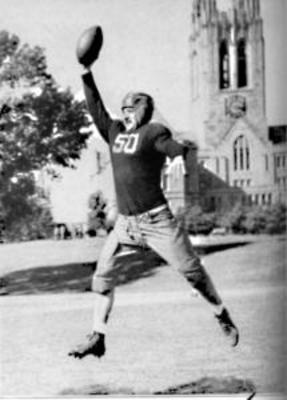 Anyway, the point of all this rambling is to return you now to yesteryear and those glory days of the early Sixties when college was a lot less expensive than it is today, even when considering the inflation factor.

So, in the spirit of looking back (through a telescope here, rather than a rearview mirror) here's what I said back then about that Benjamin Fine book:

How to Be Accepted by the College of Your Choice

Now why would I review an out-of-print book from 1960? Well, because it's great fun to see what the state of higher education was like decades ago, when many current parents of college-bound high schoolers were just little kids. I rediscovered this tiny-print, now musty smelling volume in a box out in my garage, where most of my lost important stuff is hiding. I remembered it fondly because I bought it (for 75 cents!) when I was in ninth grade and obsessing about how I was going to get into MIT to study nuclear physics (yeah, right). See there, elite college admissions angst isn't a recent phenomenon.

The cover blurbs proclaim "As many as nine out of ten applicants are rejected by the colleges of their first choice." Things were tough even in 1960 for Ivy League and other selective school applicants. "The bestselling [sic] book in its field!" It may well have been one of the only books in its field back then, much unlike today. Also, "231 splendid colleges seeking applicants!" "Splendid"? Gotta love those exclamation points. And let's not forget "A Special Bonus Section showing for the first time how your application will be judged against others by nearly 1,000 accredited colleges in the U.S.A." I'm wondering why I would want my application to be judged by nearly 1,000 accredited colleges. Time to call in Strunk and White.

A quick tour of the table of contents reveals a book not all that different from those of the same genre today. We find chapters on high school grades, the SAT, ACT, high school curricula, extracurriculars, recommendations, college visits, applications, an in-depth college profile (Connecticut College), money matters, and an application timetable. The usual fare. One chapter did catch my eye, though: Quota Systems. In it, I found this amazing statement from the author:

I asked the country's accredited colleges to tell me frankly if they employed quota systems. The 16% replying affirmatively were for the most part Southern institutions that either barred or discouraged Negroes from attending. No Northern universities admitted to quotas against the colored races, and yet it is common knowledge that such barriers exist in Vermont as well as in Virginia. No West Coast universities told me that students of Mexican or Japanese ancestry were denied entry-but surveys show that they are. An atmosphere of hush-hush and shame pervades when quotas are formulated on the basis of faith, nationality, or skin pigmentation; and it is particularly ironic that institutions of higher learning, which might be expected to lead the fight against discrimination, sometimes tend to foster it, in class, on the campus, and in fraternities and sororities.

After reading this, I promised myself that I would recall those words whenever I pine for "the good old days" of my youth. It's hard for me to imagine that that text was written a mere 40 years ago, here in America. We've come a long way.

Here's the fun part. The book includes a large section called "The Fact Finder" that lists 976 colleges along with the weighted importance of such admission factors as grades, test scores, recommendations, interviews, legacy connections, and so forth. Most interestingly for me, though, is the posting of each school's costs-tuition, room and board, and living expenses. Just for fun, here's a sampling.

For each school listed here (in no particular order), the 1960-1961 total-school-year costs represent roughly the entire student budget of tuition, room and board, plus sundry living expenses. Following that are the comparable 2001-2002 school year costs (taken from Princeton Review's The Best 331 Colleges (2001 Edition)) plus the percentage increase over 1960-61. Buckle your seat belt. [Dave says: For an extra kick in the wallet, add in the cost increases that happened in the years between 2001-02 and 2012-13. Yikes.]

And there you have it, folks. Here's one competition the Ivy League doesn't win. It was close, but Duke University nips Berkeley at the wire by a mere 24 percentage points to win the Biggest Percentage Increase in College Costs Since 1961 Award, from those schools listed here. One has to wonder what other categories of consumer costs have outstripped higher education. Medical costs? Energy? Food? I presume that information is available somewhere on the Web, but I'm too lazy to look it up. Be my guest.

So, a sampling of what the wonderful world of college was like four decades ago. Was it better then? You make the call.

To paraphrase Walter Cronkite: And that's the way it was. The way we were. Was it the best of times or the worst of times? A little of both, I suspect. In any case, thanks for strolling with me down memory lane.