Looks like there's a new field emerging for ambulance-chasing lawyers: suing colleges. You may have seen this story about a recent college grad who sued her college for not doing enough to help her find a job after graduation. Well, now things are starting to snowball. 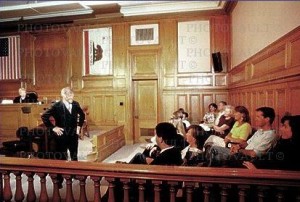 "Saying they were cheated out of money and an education, 13 former students of Everest College have sued the for-profit school, accusing it of misrepresenting job placement rates, the quality of education and the ability to transfer credits to four-year nonprofit universities."

This interesting development may signal a significant shift in the relationship between boastful college career placement offices and newly minted graduates heading out to face the cold light of the much touted real world.

The Everest students were enrolled in the criminal justice or the medical billing and coding programs. Everest College officials said those programs offered at its campuses in Arlington, Fort Worth and Dallas are specialized career offerings whose credits may not transfer. That information is disclosed to students repeatedly before they enroll, Dom Montalvo, regional vice president of operations, said in a statement.

Montalvo also said that Everest is accredited by an agency recognized by the U.S. Education Department and that its programs are approved and regulated by state agencies.

But the suit, filed by Dallas attorney Julie Johnson, alleges that many of the school’s teachers were unqualified or uninterested in teaching and that turnover was high. At the Arlington campus, an instructor stopped attending a course and was never replaced, the suit says. When students complained in September that classes lacked rigor, they were told that they would have to take them again at their expense, according to the suit.

Former Everest students Sharhonda Harris, 31, of Arlington and Tonya Steed, 37, of Grand Prairie are typical of the students enrolled at Everest, Johnson said.

"They both fall into a very common demographic: young women with children, who are trying to do the right thing," Johnson said. "They’re trying to raise their kids and provide a better life. They’re blinded by this notion that you don’t have to go to a four-year college and take math and science and English. You come to us and then in eight months to a year . . . and you’ll be on your way providing for your family."

The two said they attended Everest’s medical billing and coding program at the Arlington campus beginning in April 2008. The eight-month program cost them each $12,695, they said. To help cover expenses, they were given loans.

Steed said she quit her job as a store manager to devote time to school.

Now unemployed, Steed said she has had to apply for food stamps. She owes about $8,000 on student loans.

Harris said she was sold on Everest when an admission officer told her about the school’s placement rate, with jobs paying $15 to $16 an hour, and credits transferrable to other schools. Students say they were told that job placement rates ranged from 90 to 99.9 percent.

But Harris said that even though she graduated with a perfect grade-point average, she couldn’t find a job in her desired field. She owes $7,500 on student loans. Officials at nonprofit colleges and universities have said they will not accept Everest credits.

Harris said she now works full time as a caregiver at a Mansfield retirement center.

"I want them to give us what they promised," Harris said.

So far, these lawsuits have been levied against so-called "for-profit" colleges. However, in my opinion, this should be sending a message to the dot-edu segment out there that students are becoming much more practical about what they expect for their time and tuition. The Age of Consumerism must bring its searchlight to bear upon excesses in marketing, and one of the excesses may well manifest itself in the claims of career placement offices. How many times have you seen placement-success "statistics" touted by a college?

And how about Fountainhead College of Technology? Their PR department declared on February 27 this year, "The recently released Tennessee Higher Education Commission’s Student Enrollment, Graduation and Placement Report 2007-2008 gives Fountainhead a job placement rate of 100 -- a perfect score. Essentially, this means the graduating students deemed placeable by the school found or were placed in jobs this past year. Nearly 90 percent of these students found jobs related to their major."

Hmm. I wonder what that phrase "students deemed placeable by the school" means. Better check that out. Fine print and all that, you know.

I have to wonder if dot-edu schools are watching these lawsuits and pondering the possibility of ultra-documenting there current career placements stats and language. Sounds like a challenge for their legal departments.

As I said, Calling all lawyers. Follow that ambulance to graduation!

Don’t forget to check out all my admissions-related articles and book reviews at College Confidential.