Have you thought about producing a video starring yourself, as part of your college applications? That seems to be an interesting trend these days. The YouTube Generation has found yet another way to exhibit their individuality and personal brag sheet.

Some colleges are promoting an option whereby applicants can submit a "video essay." This allows for the applicant's creativity to manifest itself in visual form, as well as "screen play" form. Admission videos aren't a new idea, though. Particularly aggressive applicants in years gone by have offered VCR tapes (yeah, that long ago) showing their positive side, which would have been hard to capture with words on paper. Now days, video files are simple to attach to online applications, so let the digital frames roll! 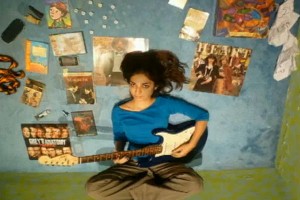 Jenna Johnson, in an interesting Washington Post article, explains some of the opportunities and advantages of the video essay:

College applicants try to sharpen their profiles with video essays

To complete a half-dozen college applications, Morgan Malone lined up letters of recommendation, penned essays and - for George Mason University - carried around a video camera for several days.

The result was a nearly two-minute video essay that opens with Malone introducing herself from atop the sign outside Mountain View High School in Stafford County. There are clips of her walking the school's hallways, participating in a quiz bowl and volunteering. At the end, her assistant principal jumps on a desk and shouts, "I approve this message."

"Instead of having an application and words in an essay, they get to see me," said Malone, 17. "Hopefully, when they are watching the video, they will get a picture of what I am like. The way I talk in the video is the same way I talk every day."

This is the second year that GMU has formally given students the option to submit a video about themselves before the Jan. 15 application deadline.

Videos have been a small part of the admissions process for years, especially for students applying to arts programs. But as cameras and editing software get cheaper and easier to use, the videos have become more technically sophisticated and feature clips spliced from a number of scenes, voice-overs, music and simple special effects.

And increasingly, it's not just arts students participating - prospective English majors and engineers are using their cellphones, webcams and point-and-shoots to make their cases for admission.

A few colleges are hoping to harness that love for video and have created channels for students to submit video essays, although most schools do not accept them in place of a written one. Typically, applicants post their videos on YouTube and send colleges a link, although some send schools a DVD.

This is the second year that Tufts University in Massachusetts has given applicants the option of submitting a video along with the required written essays. St. Mary's College of Maryland has long accepted all sorts of artistic expression, and this year officials encouraged students to submit an "audition tape" instead of an essay.

In most cases, the videos do not make or break a student's chance of getting into a college. Last year, GMU received about 100 videos, and there were fewer than a handful of cases in which the video factored into the process and helped a student get in, said Andrew Flagel, GMU's dean of admissions.

"Some of them are awful, and some of them are phenomenal," he said. Awful, a few admissions officers said, means boring or having extremely poor sound quality or a script that was obviously written by a parent.

Last year, one of the admissions office's favorite videos featured a student sitting in front of a camera talking about why he wanted to attend GMU - except for when he spliced in clips of himself playing a variety of musical instruments and even demonstrating his unicycle-riding skills. Although the antics were amusing, the staff was most focused on what the student said.

GMU used to conduct face-to-face interviews with many of the few thousand students who applied each year. But as the number of applications multiplied - this year it's expected to reach nearly 20,000 for a class of 2,600 - the college had to phase out the program. Flagel hopes the videos will help his office put faces with names.

But the increasing popularity of video essays worries some admissions officials, including Henry Broaddus, dean of admission at the College of William & Mary. College applications are "absolutely confidential records," and allowing students to post part of an application on an outside site such as You Tube "punches a peek hole" into the process and allows the general public to judge a 17-year-old applicant, he said.

This year at GMU, the admissions office has posted dozens of videos on a university Web site. (The video is removed if a student is rejected.)

In one, a student travels around campus and the District with posters listing the alphabet of reasons why she wants to attend GMU - such as Q for quidditch, a club that "can translate my love of books into a sport." Another student filmed an episode of "GMUpardy" that featured contestants representing all of his activities and questions about campus. And an applicant from Colorado danced to a song she wrote that includes this line: "G-M-U, G-M-U is a place where I want to be. It's the greatest university."

David Dorsey took his viewers behind the scenes of his New Jersey high school's morning announcements, which he reads with another student "every single morning." It's one of the many tasks he performs as student council president.

He said the video gives admission officials a better idea of who he is.

"I'm applying to seven schools, and I feel like I've written the same essay seven times," said Dorsey, 18, who plans to study history and political science. "I thought this was a way to be different. I think my personality - well, anyone's personality - is better expressed on video."

Years ago, St. Mary's College received a long, unedited underwater video from a student who wanted to study marine biology. The admissions staff waited in suspense as they watched minute after minute of murky water until finally a blurry fish scooted by.

Video quality has increased substantially since then, and this year, one student video spoofed an Old Spice commercial and included an outtakes reel.

Although the staff would be impressed by a student with a perfect GPA and SAT score, "essays make a student memorable," said Richard Edgar, director of admissions at St. Mary's.

In addition, producing a video can be a lot more work than writing an essay; students have to develop a script and film and edit their productions. Flagel said he encourages students to use technology they already have and to have fun.

"This is just a piece of the process," he said. "This is not worth dropping your grade in physics."

So, all you Spike Lees out there can start storyboarding your script right away, or start planning for next fall. The potential for creativity is unlimited. I do wonder, though, if this allows more economically advantaged applicants to squeak out an edge in the admissions race. Probably not, but not everyone is photogenic and/or has videographer skills. I guess this is progress.